Home Automotive The 2021 Compass is Jeep’s most affordable SUV 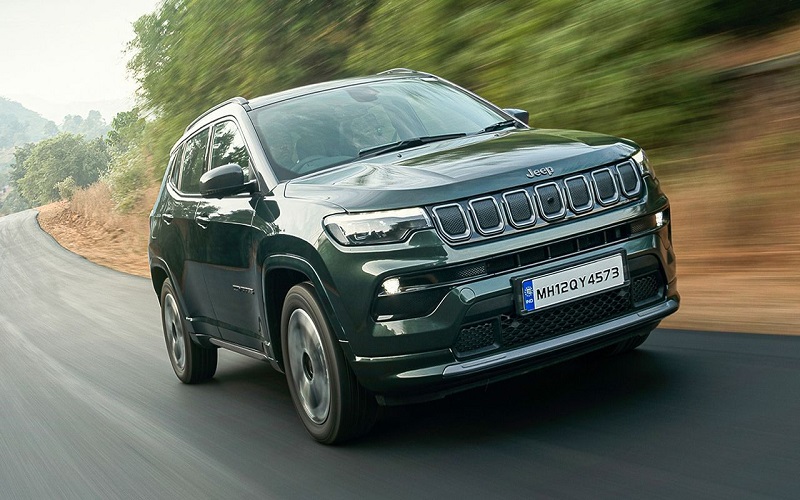 Jeep has been ambitious about its plans for India and the 2021 Jeep Compass is aiming to do a better job than the pre-facelift model. The new Compass was their first new model this year, followed by the locally assembled Wrangler Rubicon. Now the Compass hasn’t changed drastically, but there are differences to help it stay afresh amidst the tough competition. Also, the Compass’ new car price is very competitive.

The Jeep Compass gets a fresher face to look at. The seven-slat grille has been restyled a bit and the LED projector headlights look slimmer than before. The Jeep Compass features a new split airdam, new LED fog lights and a big honeycomb portion below. And there’s no chrome in sight. These changes were necessary to help keep the model refreshingly new because of the competition, and the face is somewhat inspired by the new Grand Wagoneer Concept. The facelift Jeep Compass also sports new 18-inch alloy wheels, while the tail lights have been mildly updated too. The bumper at the back looks a bit different, plus you get some new colours to choose from.

The cabin gets an all-new look and plenty of convenience features, which is a good step, we think. The interior feels right in almost every way. The dashboard looks and feels different; it feels more premium, particularly in the all-black theme. The horizontal design along with the stepped ridge in the centre is a new trend on all new Jeeps. It looks modern and upmarket; the slender AC vents are nicely incorporated and quality is up to the standards of buyers in this segment. The overall design is good and there’s a new 10.1-inch UConnect 5 infotainment system. So this unit helps keep the Compass modern with OTA updates and connected-car tech. The Android-based system is quick and responsive and the menus on the screen are well laid out. It also gets wireless Android Auto integration. The central console looks nice in gloss black and you get buttons for functions like the audio system and dual-zone climate control. The rotary control for AWD is gone, and in comes a toggle switch along with new bottoms. There are no physical buttons for the new seats and the 360-degree camera though.

In terms of the driving dynamics, nothing has changed; the steering is light and easy to twirl in the city and the Compass continues to feel planted at high speeds. The SUV does get a little unsettled at low speeds, but it takes any bad road in its stride with minor body movement, and this is bound to change the moment you up the pace over uneven stretches of tarmac. The Compass is a hoot to drive quickly and it corners with great poise. The steering is precise and you get lots of off-roading features with a traction management system and terrain modes. This is an SUV that mostly won’t see the unbeaten path in the hands of its customers, but if the need arises, the Compass won’t hesitate putting its skills to the test. The AWD system works to ensure there’s good grip on the road as well and it does all of this quite effortlessly.

The Compass is powered a BS6-compliant 2.0-litre MultiJet engine developing 167.67bhp and 350Nm of torque; the engine has gotten better in terms of refinement, and power is delivered in a linear manner. The engine is responsive and the motor comes mated to a 9-speed automatic transmission. The car seems quicker compared to the older one. The motor won’t disappoint for as long as you’re not too sudden with the throttle inputs; however, any instant inputs can unsettle the gearbox, leading you to lift your foot off the throttle. The absence of paddle-shifters disappoints us; we think it’s about time Jeep decided to offers paddles on its Compass. The new car price for the Jeep Compass is ₹ 16.99 lakh (ex-showroom, Delhi).